Game of Thrones Season 8: Daenerys Targaryen is Every Mom Ever

Home » Mom Life » Game of Thrones Season 8: Daenerys Targaryen is Every Mom Ever

This is a mom blog first and foremost, so I’m sure you don’t expect to see much “Game of Thrones” analysis here. But if motherhood has taught you anything, it should be to expect the unexpected, and since the latest episode of the series revolves around one of the most beloved mother-figures of our time, I think it fits.

{This should go without saying, but to avoid being chased with pitchforks: **Game of Thrones Season 8 spoilers ahead.**}

Why Game of Thrones Season 8 has Been a Disappointment

Like much of the internet, I’ve been less-than-pleased with the way this last season has been playing out (so much so, that nearly a million people have signed a petition to have the season remade). Character development has been tossed out the window, whole episodes have apparently been shot without a single light, entire plot lines have been rushed and cast aside, and careless mistakes have slipped through the cracks.

As fans, we feel ripped off. We’ve invested nearly a decade in this story and these characters, and to have it all just stripped away feels like a total bait and switch.

But episode 5, “The Bells”, was the turning point for me. I’ve been Team Daenerys ever since she gave her brother that golden crown in season 1. So when our Dragon Queen took a sharp turn from hero, savior, and breaker of chains, to cruel destroyer, murderer, and full-on Mad Queen, I was confused, to say the least.

But as the episode has settled in over the past six days, I’ve come to a realization. Is it really so unlikely that she would completely lose it? Maybe the Mother of Dragons isn’t so different from the rest of us moms, after all.

Daenerys Targaryen is Just Like Every Mother (of Dragons) 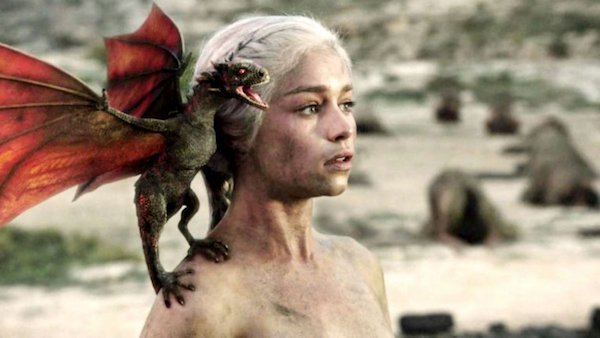 Though her children may be mythical, fire-breathing reptiles, she’s still a mom, nonetheless. The foreshadowing that an inevitable, manic, mom-overload breakdown was coming was there all along:

1. She can’t control her kids.

They’re dragons… can you blame her?! I only wish I had that good of an excuse for my kids being unruly. They may listen when she says something fun, like “dracarys,” but when she says to stop eating innocent people, suddenly they just can’t understand her. Typical toddler (or teenager, for that matter) behavior.

And remember in season 4 when Drogon flew off into the distance and disappeared for a whole season? If I had a nickel for every time I told my toddler not to run away from me in public, and he responded by sprinting in the opposite direction, I’d be the Iron Bank of Braavos by now.

2. She gets mom-shamed on the regular.

Her kids are dragons for god’s sake, but do you think that stopped the entire city of Meereen from mom-shaming her into locking them up in a dungeon? Cut the girl some slack! You think she knows what she’s doing? These dragons didn’t come with a manual. You think you can raise them better?! Dracarys, biotch.

3. She’s always helping everyone else – at the expense of her own well-being.

Isn’t it just like a mother to voluntarily walk through literal fire to save her family (even when that family is thousands of freed slaves and unsullied warriors)? Nobody thinks twice about how mom is doing until the house is on fire and then everyone’s like, “oh no, where’s mom? Is she going to save us or what?” 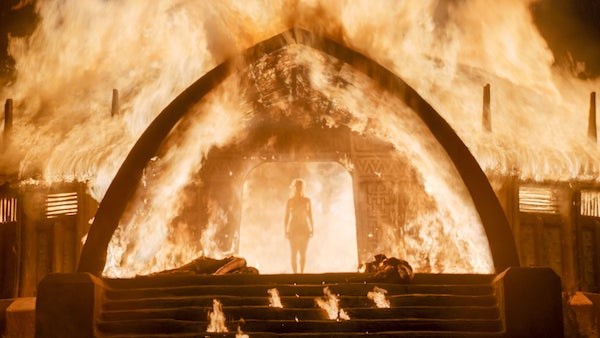 And then when you inevitably do save them (because you’re a mom, and that’s what you do), they worship you for all of five minutes before they go back to being the same ol’ hellions.

4. She works twice as hard as everyone else to earn a shred of respect.

She’s the rightful queen of the Seven Kingdoms, The Unburnt, Queen of the Andals, the Rhoynar and the First Men, Queen of Meereen, Khaleesi of the Great Grass Sea, Protector of the Realm, Lady Regent of the Seven Kingdoms, Breaker of Chains and Mother of MF’in Dragons, and yet – everyone in Westeros continues to call her “the Targaryen girl” and just wants to talk about her beauty.

How many powerful men does a mama have to roast to get a little respect around here?!

And then, when she’s like {thisclose} to getting what she’s been busting her ass working towards for years, some man shows up and makes a better claim for it without even wanting it.

You wanna see any mom go from calm and collected to bats#!t crazy in two seconds flat? Come after her kid.

Do you know what I would do if you shot spears at my babies? I’d burn your entire world to the ground, too, and probably with a lot less forethought than Dany gave it.

(I mean, I maybe would’ve just flown straight to the Red Keep and only burned that to the ground… but, hey, I don’t judge other moms, so you do you, Dany.)

I’ve seen moms do worse in response to a snide comment on a Facebook mommy group, so we really shouldn’t be too surprised here.

So let’s all cut Daenerys Targaryen some slack, okay?

She’s trying navigate this whole motherhood thing, just like the rest of us. While you were teaching your kid how to poop in the potty, she was teaching hers how to breath fire on-command.

And let’s be honest, if you’d had a fire-breathing dragon like Drogon at your disposal the last time someone gave you a judgmental look because your toddler was throwing a tantrum in the middle of Target – you’d have used it, too.

Moms of the world, Daenerys Targaryen needs our support right now. I don’t know what Arya Stark has in store for her in tomorrow night’s Game of Thrones series finale, but I do know she got where she is now because she was driven mad by the unreasonable demands this world puts on mothers of all kinds.

So, Dads everywhere, heed Game of Thrones’ warning, and give the mother of your dragons a break this week. 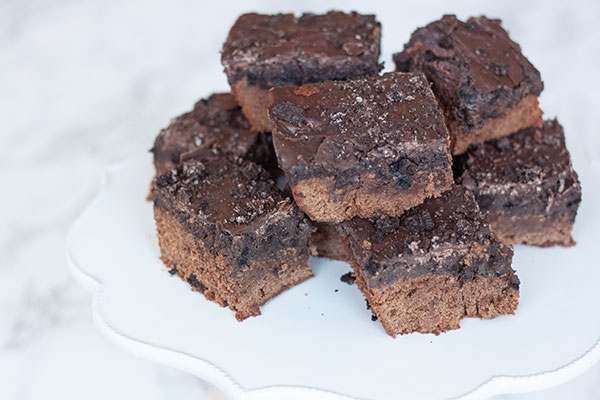 Next
Hidden Spinach Smoothie for Toddlers (and Mom!)
Click here to cancel reply.