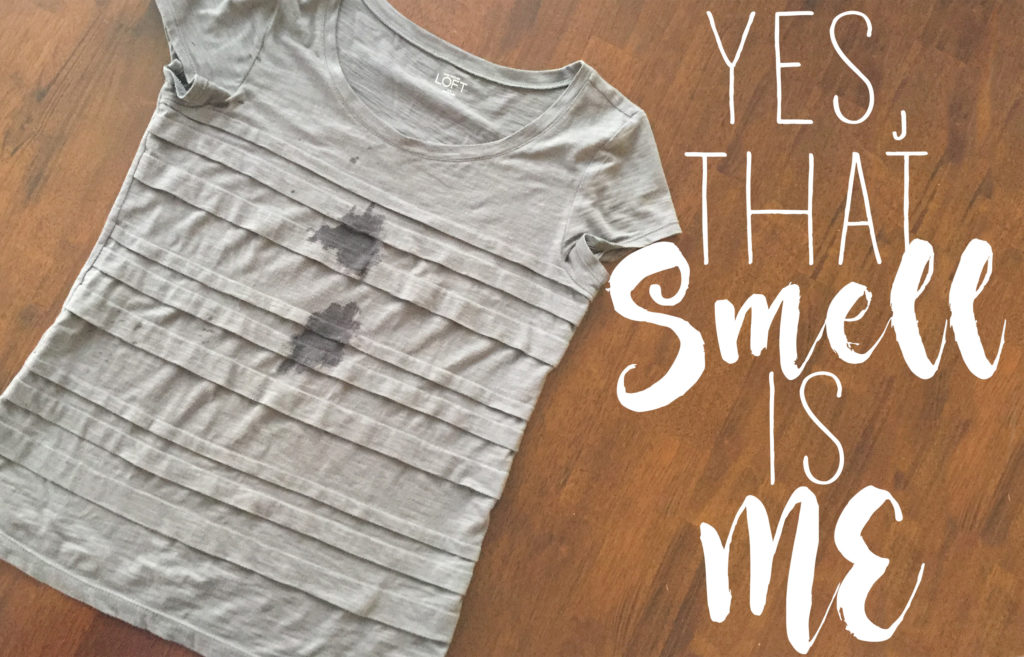 Why yes, kind stranger who drew the short straw sitting next to me on the train, that odor you’re smelling is me. I see you covertly trying to sniff around and identify that odd stench, in hopes of distancing yourself from it. Sorry boutcha, looks like you’re stuck with it for the next 45 minutes.

It’s not my fault, though. You see, my baby spent all night honing his Mick Jagger impression, partying from one end of his crib to the other. Which means I spent all night in the audience of his rockin’ crib party.

And then, after all that, his crazy ass still woke up for the day 45 minutes early—clearly he hasn’t learned about hangovers yet. So I had to get ready in kind of a hurry.

And while I did brush my teeth, I also downed an extra cup of coffee as we were hustling out the door.

And naturally, as we were pulling out of the driveway, my gas light came on. So we swung by the gas station on the way to school, and I may or may not have dribbled some gasoline on my jeans.

And of course, as soon as we got to daycare, he left me with his favorite parting gift: a blast of spit up down the front of my shirt. Some kids give slobbery kisses, some give big bear hugs, mine gives projectile vomit. You win some, you lose some.

Sure, I could’ve gone home to change my shirt before heading to work. But I didn’t. I had an hour long commute ahead of me as it was, and quite frankly, I don’t even have enough clean clothes at home for that.

So yes, that smell is me. I’m momming at a newborn level today. Embrace it. Enjoy it. (And maybe scoot over a little.) 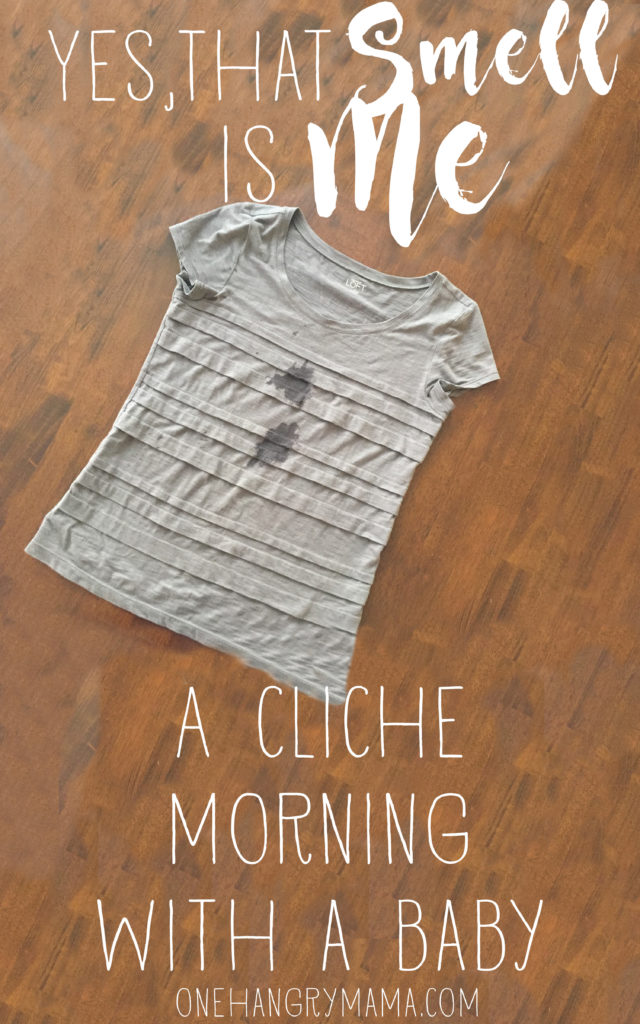 Six Unexpected Things Your Baby Teaches You – One Hangry Mama

[…] a shower becoming mission critical. Usually it involves more than one person commenting on “that weird smell” in your vicinity. No? …yeah, that’s never happened to me either… because I […]